Crash victim at Serangoon road had everything to look forward to 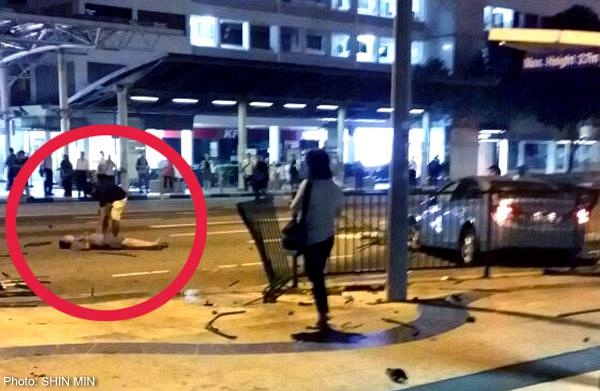 He had many things to look forward to in life – expanding his business, moving into his new home and his son's wedding.

But Mr Francis Lai died in an accident at Serangoon Road on Tuesday morning.

The New Paper reported yesterday that a blue Chevrolet saloon had hit him and smashed into a metal railing at the side of the road at about 6.10am.

Mr Lai, 55, was found foaming at the mouth and lying in a puddle of blood. He was taken to Tan Tock Seng Hospital (TTSH) with head injuries.

Shin Min Daily News reported yesterday that he died in the hospital after an operation on Tuesday.

Mr Lai's good friend, Mr Koh Yi Cheng, 55, told the Chinese evening daily that he rushed to TTSH after hearing about the accident.

By then, Mr Lai was unconscious, and the doctor said that he had a low chance of survival.

The businessman said that he first crossed paths with Mr Lai during a game of golf 12 years ago.

The golf fanatics would spend three to four days a week on the course and the other days practising their putting.

They joined Raffles Country Club a few years ago and also travelled to neighbouring countries to take part in tournaments.

Mr Koh told Shin Min that Mr Lai had plenty to look forward to in his oil and gas business after buying factory space in the Iskandar region, in Johor, for RM8 million (S$3 million).

Mr Lai had also planned to move into his newly bought semi-detached house in Jalan Bahar after renovations.

He leaves behind three sons.

One of them, Mr Lai Yi Qian, 27, said his father had been looking forward to his wedding next February.

A 27-year-old man was arrested on Tuesday for suspected drink driving.

You have reacted on "Crash victim at Serangoon road had everything t..." A few seconds ago