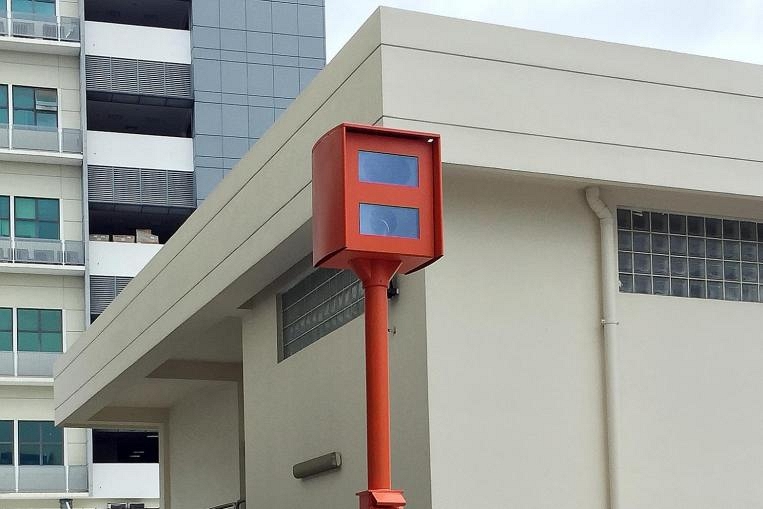 SINGAPORE: The number of road deaths and traffic violations is down markedly, the latest mid-year statistics from the Traffic Police show.

In particular, the number of deaths on the road has dropped to 78 in the first six months of this year, from 89 in the same period last year.

It is a decrease of more than 12 per cent, noted the Traffic Police, who revealed the numbers at a media conference yesterday.

Also down are drivers caught for drink-driving.There were 1,258 caught in the first half of this year, while 1,495 were nabbed in the same period last year – a drop of almost 16 per cent.

New digital speed traps and red-light cameras seem to have been effective.

The average number of motorists caught by each digital red-light camera for running the red lights each month has dropped from 115 in March last year, when digital versions of the cameras were first installed, to only 19 last month.

Digital speed traps have also proven to be effective. An average of 31 speedsters were caught by each camera every day in March this year, compared to only 12 each day last month.

“The roads were generally safer in the first half of this year,” said Traffic Police chief Sam Tee.

He added that the statistics were an encouraging sign that motorists were doing their part to keep the roads safe for everyone.

That said, accident injuries have registered a slight uptick.

The Traffic Police said the rise could be due to accidents involving motorcyclists. The number of motorcyclists injured on the roads rose about 6 per cent to 2,078 in the first half of this year.

The riders themselves were at fault in about 40 per cent of motorcycle accidents.

Assistant Commissioner (AC) Tee said: “Unlike other motorists, bikers are not protected by the shell of a vehicle so they tend to be injured more.” He added that the Traffic Police would roll out initiatives soon targeted at the more than 500,000 foreign and local motorcyclists here.

Another perennial safety bugbear also remains – the number of elderly pedestrians hurt has crept up from 81 to 85.

AC Tee said the Traffic Police would be launching a slew of measures to boost safety.

In September, it will start painting digital red-light cameras bright orange, and paste reflective stickers on them – similar to what has been done to digital speed traps.

“We notice that motorists are very much alerted to visible signs on the road,” said AC Tee.

He added that the Traffic Police will also start a three-month trial in October with 2,000 cabbies from Comfort DelGro. These cabs will have information about red-light camera and speed- enforcement areas fed into their mobile data terminals.

In future, this information could include areas such as school zones and traffic conditions.

Singapore Road Safety Council chairman Bernard Tay said: “Taxi drivers spend so many hours on the road, their minds might be preoccupied (sometimes).

“This information would help remind them to be more careful in danger areas.”

You have reacted on "Marked drop in road deaths, fewer nabbed for dr..." A few seconds ago