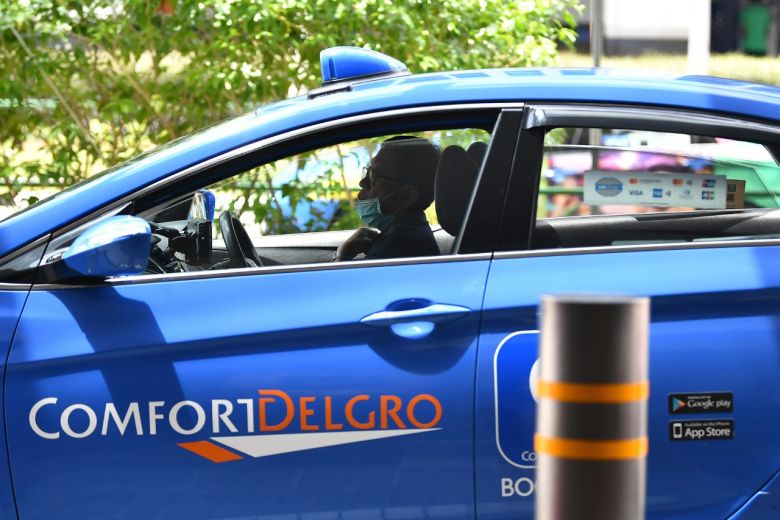 ” SINGAPORE — A 50 year old Singaporean male is the second taxi driver known to have become infected with Covid-19 here.

He had no recent travel history to China, said the Ministry of Health (MOH) in a statement on Saturday (Feb 15).

The Jurong West resident reported an onset of symptoms on Feb 3 and sought treatment at two general practitioner (GP) clinics on four occasions – Feb 5, 7, 10 and 13.

On his last visit to a GP he was referred to the emergency department at National University Hospital and is currently warded at an isolation room there. The man, who has been classified as Case 64, tested positive for the virus on Feb 14.

He has no links to previous cases.

MOH said that it is working with the Ministry of Transport to reach out to all taxi and private hire car drivers on the steps they should take to protect themselves in the course of their work.

It added that for the general public, the risk of infection from transient contact, such as on public transport or in public places, is assessed to be low.

The first known case of a taxi driver being infected with the virus was Case 35. The patient was a 64-year-old male Singapore Citizen with no recent travel history to China.

He was admitted to Singapore General Hospital on Feb 6. Subsequent test results confirmed the infection on Feb 7 afternoon. Prior to hospital admission, he worked as a taxi driver and had largely stayed at his home at Henderson Crescent after onset of symptoms, except to visit Redhill Market and a hawker centre at Bukit Merah for meals.

So far, there have also been two known cases of infected private-hire drivers.

One of them was Case 27 who is the 45-year-old husband of a saleswoman at Yong Thai Hong. The saleswoman was among two staff members of the traditional Chinese medicine shop on Cavan Road off Lavender Street, which was one of the first clusters to emerge. The couple’s six-month old son and 44-year-old Indonesian domestic helper were also infected.

The second case was Case 37, a 53-year-old male Singapore Citizen with no recent travel history to China. He was admitted to Ng Teng Fong General Hospital on Feb 6, and transferred to the National Centre for Infectious Diseases on Feb 8. Subsequent test results confirmed the infection on Feb 7 afternoon. Before he was warded, he worked as a private hire car driver and stays at Jurong East Street 32.

On Feb 10, the Land Transport Authority said that it would be giving out 300,000 masks to taxi and private-hire drivers.

Each driver would be given four masks to use or to offer to passengers who are unwell and do not have a mask when getting a ride to seek medical attention.

As part of precautionary measures, drivers have also been asked to take their temperature twice a day since last week. ”

You have reacted on "Covid-19: Second known case of taxi driver infe..." A few seconds ago