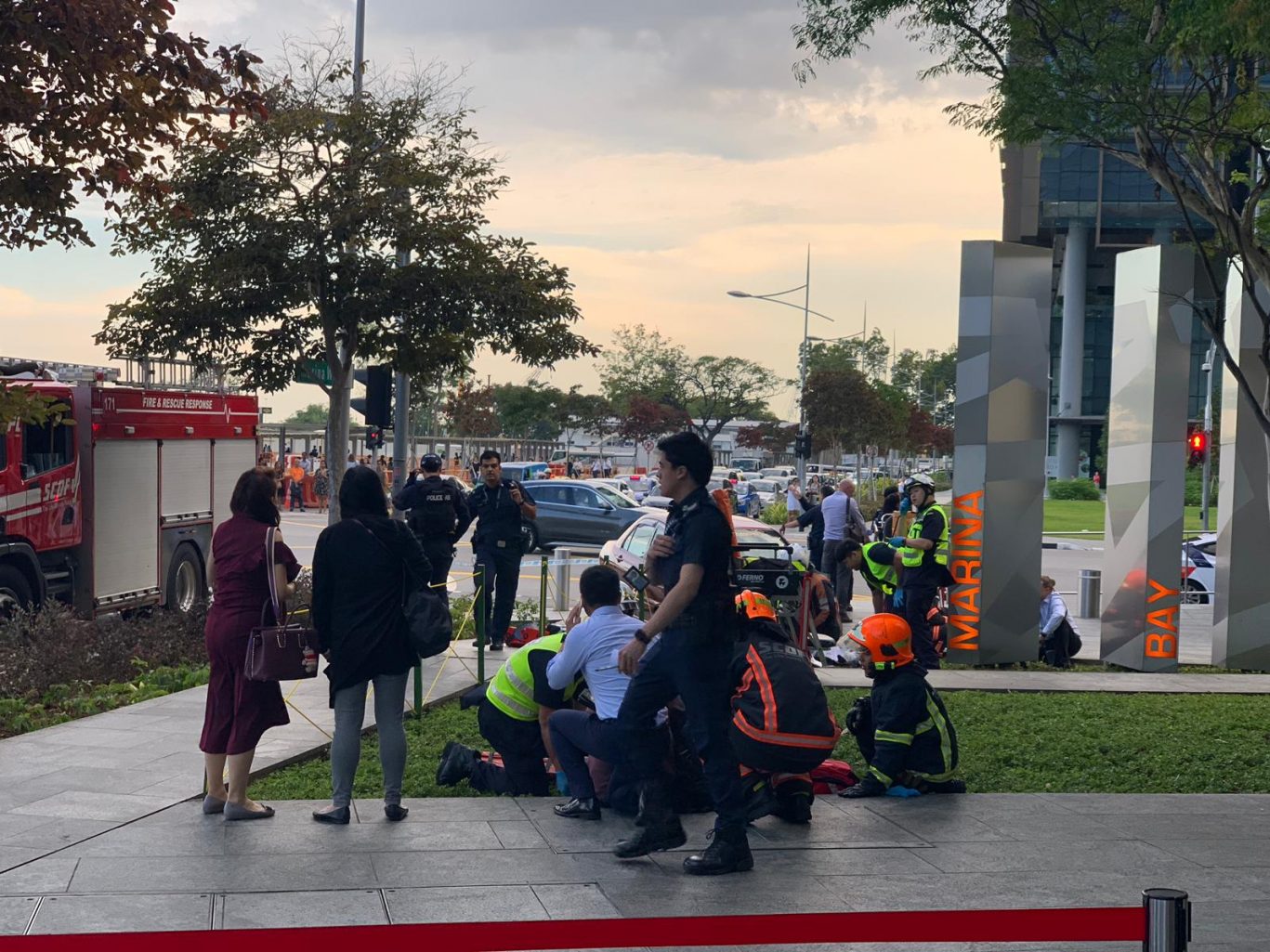 The KJE accident came three days after the Land Transport Authority announced the need for additional blind-spot mirrors for all buses and heavy vehicles.

Since 2013, heavy vehicles caught speeding have to go through additional inspections to ensure that their speed limiters are working properly.

The Safer Roads Industry Taskforce (SRIT) was also set that year with a mandate to promote safer driving for vocational drivers, in the wake of the Tampines accident earlier that year.

Member of Parliament for Tampines GRC, Mr Baey Yam Keng, says: “It’s not right. Any life lost is one too many.

“A lot of these drivers are paid for each trip they make. It pressures drivers to complete more trips to earn more money, causing them to rush.”

He believes that companies should also be punished if their drivers are responsible for causing accidents.

“Right now, only the driver is penalised and the companies are not. This is something that needs to be looked at.”

Says Mr Poh Key Boon, director of transportation and warehousing of Poh Tiong Choon Logistics: “The pay-per-trip system is something we have discussed about.

“It is an industry practice that has been around for many years, and you can’t take it away.”

His company employs around 400 heavy vehicle drivers. They make between $10 to $20 per trip.

Mr Poh says the industry faces a unique “problem” – while drivers have their supervisors, it is not easy to keep track of what the drivers are doing.

“If we pay by a monthly or hourly wage, we won’t know if the driver is actually completing the trip or doing something else,” he says. “But if we pay per trip, the drivers will want to complete a trip, and even come back to us if there are any problems.”

Likewise, he says the suggestion to penalise companies when their drivers cause accidents would not work.

“What’s the point of penalising the companies when it will just pay the fine and continue about its business?”

He says that businesses already have a vested interest in safety as accidents mean more downtime, lower productivity and higher insurance premiums.

But not all in the industry share the same mindset, says Mr Poh.

“At Poh Tiong Choon, we have a separate division dedicated to safety.

“Smaller companies might not even have safety departments, whereas we have five managers here whose job is to do that.” Bok Seng Logistics health and safety manager M. Nor Atan agrees.

“Companies want to surpass the minimum safety standards so that customers can trust us.

“But I believe there are some companies out there which only do the bare minimum,” says Mr Atan, whose company has around 90 heavy vehicle drivers.

It is also one of the first few companies – including ComfortDelGro and Poh Tiong Choon Logistics – which has installed a hi-tech road safety device in its fleet.

Known as Mobileye, it is a driver warning system that can sense road markings, pedestrians and other road users, alerting the driver if there is a potentially dangerous situation.

It also keeps a log of the mistakes made, which can be accessed by the company and shared with the authorities. But it does not come cheap – it costs around $2,500 per unit.

Bok Seng’s group chief executive officer Dave Ng says: “The system costs money but we want to tell the industry that if any accidents happen, it will actually cost them even more.”

As one of the SRIT members, he reveals that Mobileye and other similar products will become mandatory in all heavy vehicles once the recommendations are announced.

Firms are expected to receive subsidies for installing the device in their fleets, he says.

The New Paper on Sunday understands that a new driving academy for vocational drivers is also being considered.

Why has it taken more than two years since the Tampines accident to implement these changes?

Says Mr Ng: “There are too many parties involved with different interests. Heavy vehicles don’t just include trucks, but buses, cranes and many others as well.”

A new idea also takes time to implement, he explains.

Mr Anthony, who nearly lost his life in that heavy vehicle accident, says: “If (heavy vehicle) drivers make a mistake, it is at the expense of other road users because (their vehicles) are much bigger.

“They can come up with a 1,001 laws but it comes down to the driver’s own mentality about safety.”

You have reacted on "Changes to regulations take time, says road saf..." A few seconds ago