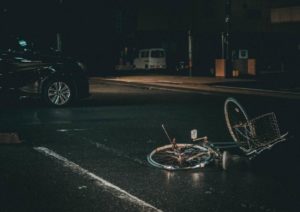 SINGAPORE: There were 13 accidents involving motorised bicycles in the last three years, said Parliamentary Secretary for Transport Muhammad Faishal Ibrahim. Giving an update in response to a question filed in Parliament on Tuesday (Jul 14), Associate Professor Faishal said a motorised bicycle is allowed to carry a pillion passenger if there is a seat for them.

The passenger also has to be at least 16 years old, and both the rider and passenger need to wear helmets. He added that only motorised bicycles that meet the Land Transport Authority’s (LTA) specifications can be used on public roads. This is enforced by fitting approved bicycles with a serialised seal, for ease of identification.

“This mode of enforcement is more appropriate than restricting importation since some motorised bicycles may be imported for use on private property or for re-export,” said Associate Professor Faisal. LTA will be conducting a public consultation on the rules governing the use of bicycles and other personal mobility devices, including motorised bicycles.

Be part of our team of contributors! You can submit your videos via the following ways:
1. Whatsapp to 96667153
2. Telegram
3. Facebook groups
4. Online Forms
How do you feel about this?

You have reacted on "13 accidents involving motorised bicycles in 3 ..." A few seconds ago