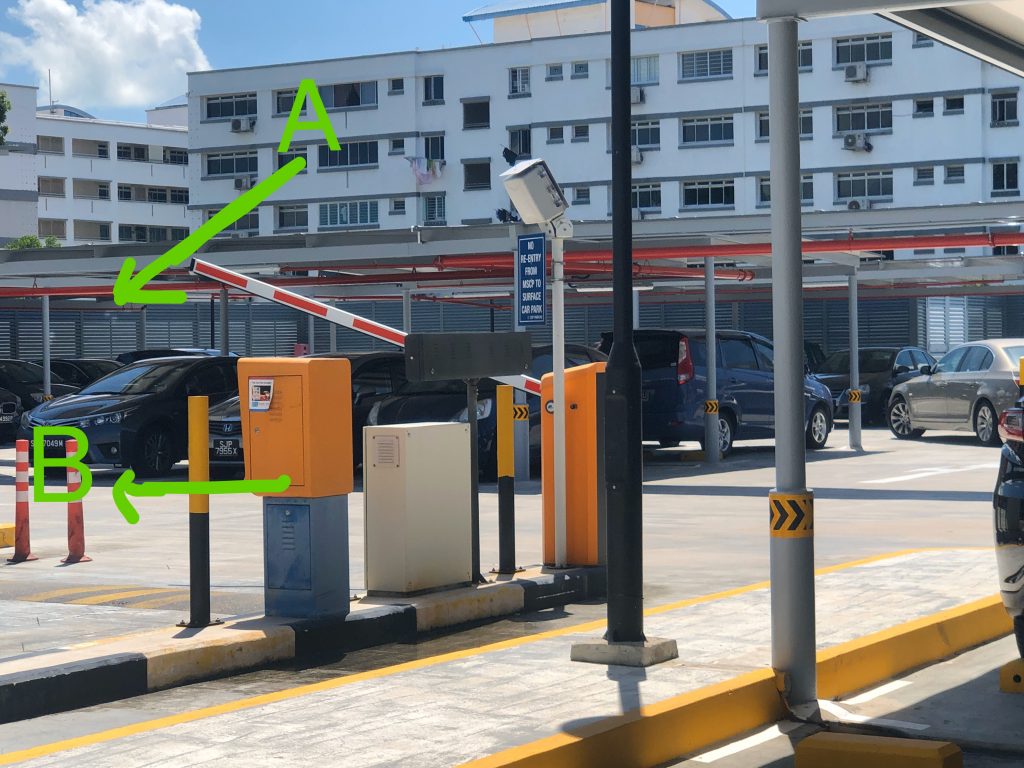 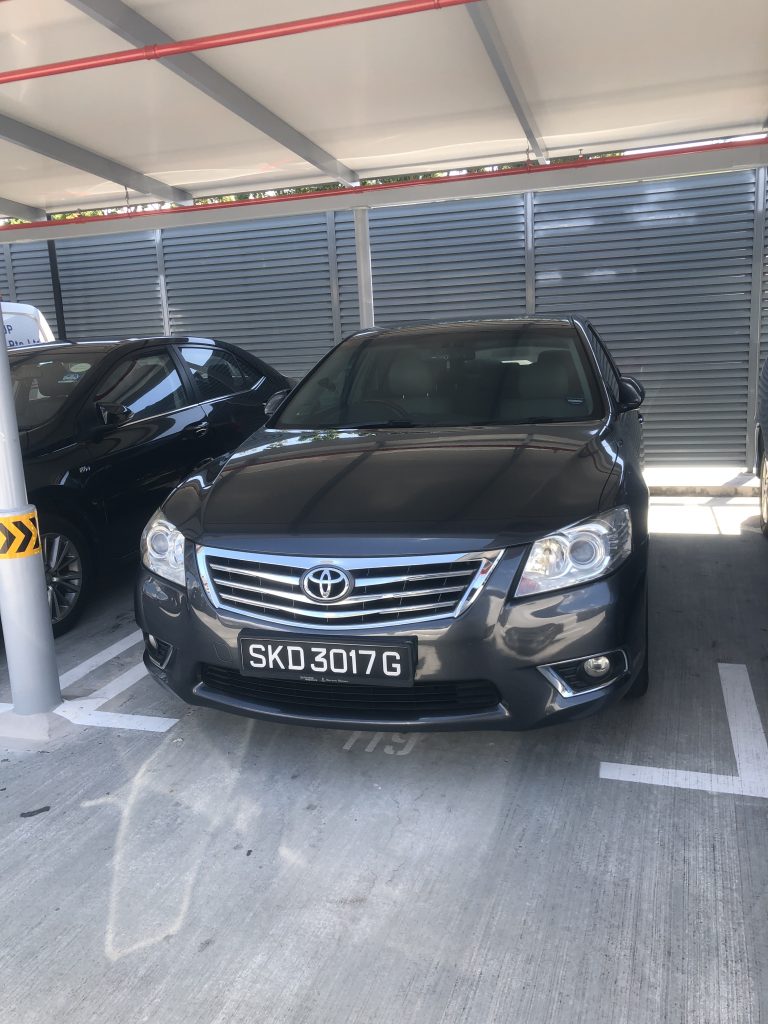 I was driving into Loyang Point covered carpark this afternoon. After I passed the barrier, I noticed a lot on the opposite side after the turn at Point A as indicated in my picture. I followed the direction of the traffic and made a turn at Point A. Just at that moment, a vehicle SKD 3017G came head on at the opposite direction (Point B). I managed to stop my car in time to avoid a collision. I gestured to her that she is on the wrong direction but she totally disregarded me. She went on to make a few turns and parked her car into the lot that I was trying to park. I moved my car slightly ahead and stopped in front of her car and she went on to give me a snob look, clearly very please with her own actions.
Just when she got off her car, I told her that she had went against the traffic and that I was trying to park in the lot she took. She replied to me rudely that she came from the other direction and so she has the right to park in that lot first. Gosh! The whole issue here is that she went against the traffic! What’s with these people? The other 3 passengers in her car also got off the car and remained quiet and walked off with her. All 4 ladies were neatly dressed executives, BUT clearly their behaviours proved otherwise!

You have reacted on "SKD3017G: Ugly Executives" A few seconds ago