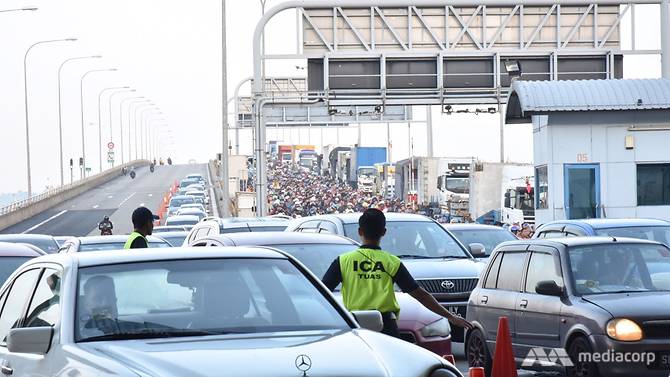 As of Nov 24, about 450 foreign vehicles have been turned away from Singapore for failing to settle outstanding fines before entering the country, the authorities said on Saturday (Nov 30).

Singapore announced earlier this year that starting from Apr 1, foreign vehicles with outstanding fines for traffic, parking or vehicular emissions offences could be denied entry. The initiative has been effective in encouraging foreign motorists to settle their fines, said the authorities.

They said that the period between February and September this year saw a 35 per cent increase in the rate of fine settlement for foreign vehicles, as compared to the same period last year.

The authorities added they would be raising the intensity of checks and turn-backs in the next phase of the initiative.

You have reacted on "More than 400 foreign vehicles turned away from..." A few seconds ago