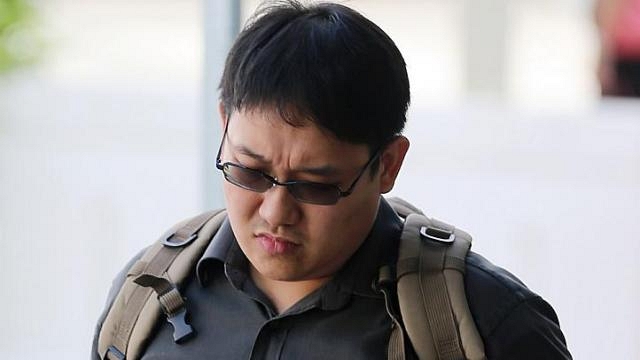 SINGAPORE – A man whose 11/2-year-old daughter died after he crashed into the back of a stationary bus was fined $800 and banned from driving for three months on Wednesday.

Alfred Ng Hon Lum, 30, admitted to driving without reasonable consideration along the Central Expressway (CTE) on Sept 22 last year. He failed to keep a proper lookout ahead and rammed onto the back of an SBS Transit bus which was parked on the left lane of the slip road into Ang Mo Kio Avenue 3 with its hazard lights on.

A traffic court heard that Ng was driving his Nissan Latio car on the extreme left of the four-lane CTE with his wife and daughter, who was unwell. They were on their way home after treatment at KK Women's and Children's Hospital.

As he approached the slip road into Ang Mo Kio Avenue 3, he hit the off-service bus.

Investigations showed that bus driver Li He Zuo had driven out of the Bishan bus depot and was supposed to go to a bus stop along Ang Mo Kio Avenue 3.

Mr Li turned out from CTE and entered the slip road, switched on the hazard lights and stopped at the extreme left lane. He wanted to change the service label to No 55, had stopped for a few minutes and was about to move off when the collision occurred.

The deceased, who was conveyed to KK Hospital with head injury, died three days later.

Ng's lawyer Anand Nalachandran said in mitigation that the facts and circumstances were exceptional.

He said his client was concerned for his wife, who was pregnant with their second child, as well as his daughter. This compromised his concentration.

Later, despite his own injuries, he made a very difficult decision to stop life support for his daughter.

He also told the court that Ng suffered major depressive disorder which was not a surprise, considering the circumstances which would be unimaginable for any parent.

The maximum penalty for inconsiderate driving is a $1,000 fine and six months' jail.

You have reacted on "Man gets fine, driving ban for inconsiderate dr..." A few seconds ago