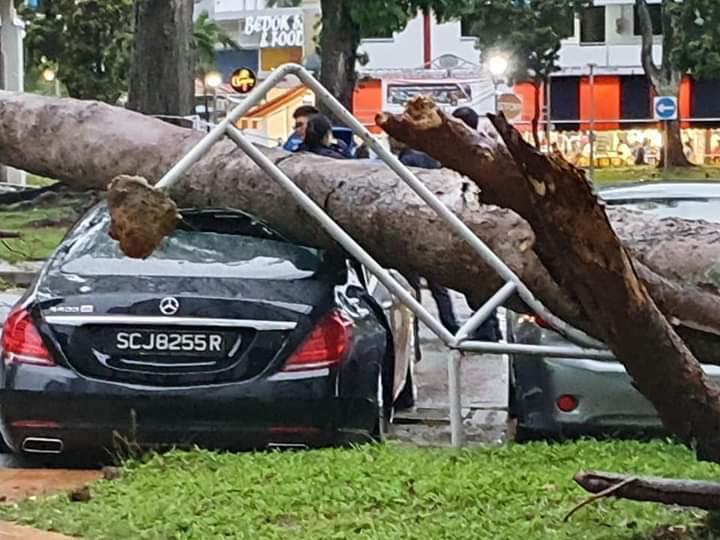 “Heavy rains and strong winds passed through various parts of Singapore on Monday (Dec 2) leaving some damage in its wake, including a tree that fell on a parked car.

The incident took place in the parking lot of a Bedok North housing estate and drew a curious crowd with their camera phones, said supermarket manager Joel Mabeo, who passed the scene on the way home from work. 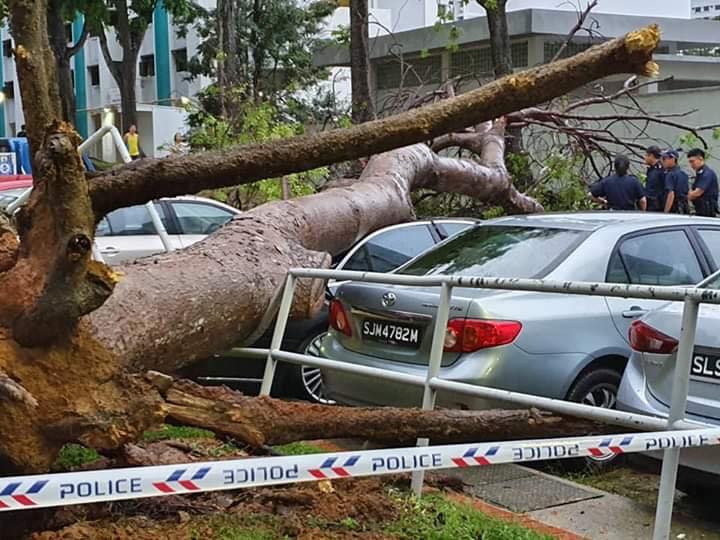 Early in the day, the National Environment Agency had warned of moderate to heavy thundery showers over many areas in the late afternoon to evening. The tree, which toppled following heavy rain in the area, fell on a black Mercedes-Benz and uprooted a metal railing in its path. It also blocked one side of the two-way road, said Mr Mabeo, 35. 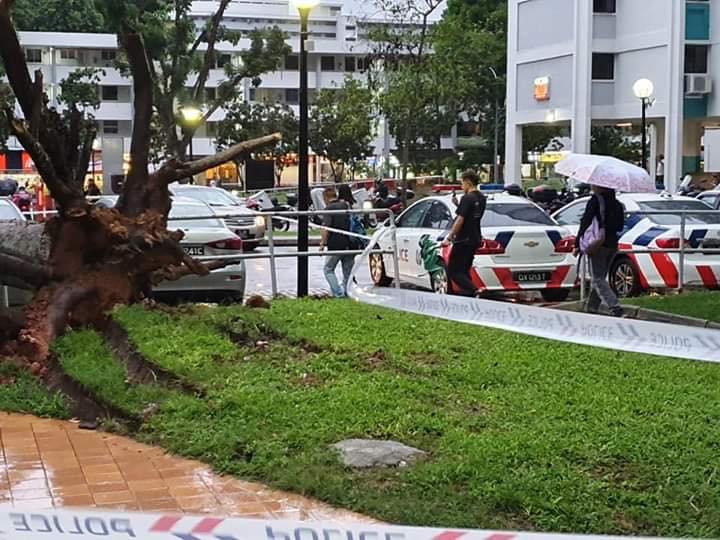 The police were helping to direct traffic, and there were town council people helping to coordinate the clean-up effort, he said, adding that no one appeared to be hurt in incident and the tree was removed at around 8.30pm.” – Straits Times(Tan Tam Mei)

What do you think about this?