Source: DPCcars  – The above truck uses the same technology installed in the Volvo buses.

The buses, the first of their kind here, will start plying routes from Sunday as part of ComfortDelGro Bus’ unscheduled bus services.

The Volvo B8R 49-seaters are equipped to brake automatically and come to a stop if they ”sense” a collision is about to take place. 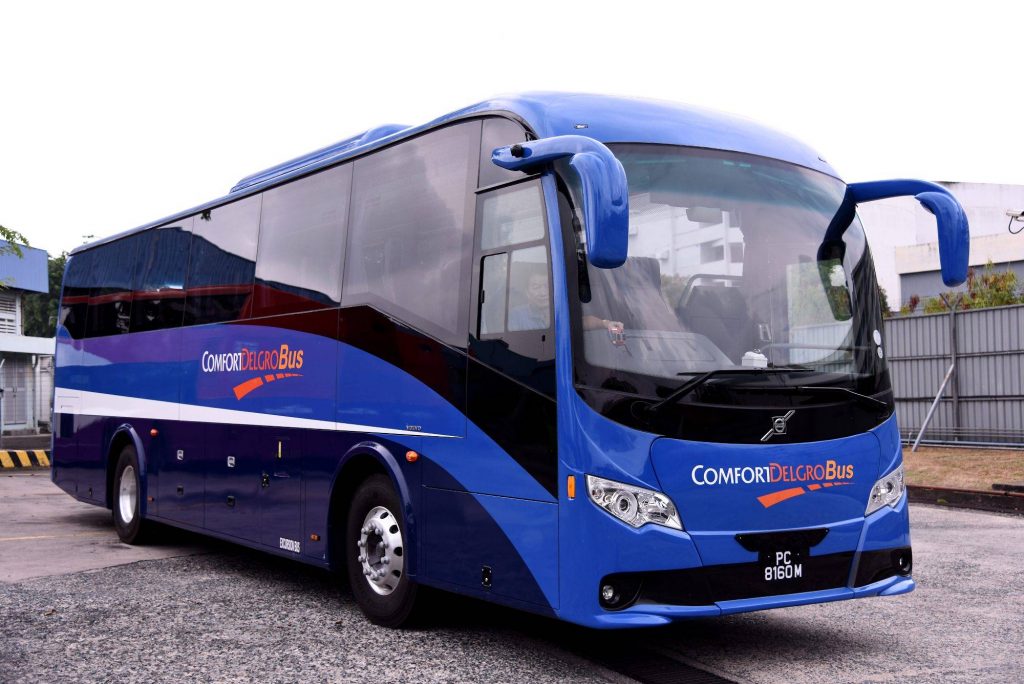 A radar-based sensor and a camera are activated once the bus accelerates past 15kmh. When a potential collision with another vehicle is detected, the system alerts the driver through a blinking red light on the dashboard and a beeping sound.

If the driver still does not respond, the system immediately initiates soft braking before applying full braking power to bring the bus to a complete stop before any collision happens. The system also comes with a lane-keeping assist function that alerts the driver when the bus veers into other lanes.

Such safety systems are increasingly common in passenger cars but are making their way into heavy vehicles now.

ComfortDelGro Bus plans to buy more of such buses over the next two years. Six of its drivers have undergone training to familiarize themselves with the new safety feature.

On the latest purchase, ComfortDel- Gro spokesman Tammy Tan said the features cost $5,000 to $8,000 a bus, or roughly 1 per cent of its cost. ”There are plans to purchase 11 more of such buses over the next two years,” she added, noting the Volvos are also equipped with reverse proximity sensors and reverse cameras.

ComfortDelGro Bus tested the buses for a month and will deploy them as part of a shuttle service. Ms Tan said no special skills are required to drive them, but drivers need to familiarize themselves with the system and the alerts. When asked if it plans to equip public buses with similar features, the Land Transport Authority, which owns all public buses here, said up to 400 of its buses are likely to have some form of collision warning system by 2040.

That is less than 10 per cent of the current fleet of public buses here.

You have reacted on "ComfortDelGro buys four buses with collision-pr..." A few seconds ago